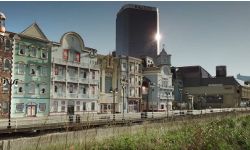 Bally’s Atlantic City is a land-based casino, with a modern theme, belonging to a hotel from the Boardwalk District, in Atlantic City (Midtown), New Jersey. The Bally’s Atlantic City opening date was on 29 December 1979, and it is very famous for its address of Park Place and the Boardwalk. Bally’s is one of the largest hotels, with more than 1700 rooms, and its casinos are divided into The Ridge Casino and The Wild Wild West Casino (opened on July 2, 1997). 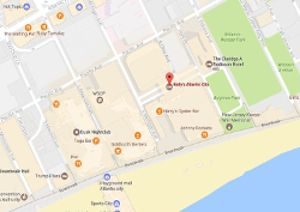 The History of Bally’s Atlantic City

Reese Palley and local businessman Martin Blatt bought in 1977 the Marlborough-Blenheim Hotel, and after Bally took control, in November 1978, the Marlborough-Blenheim was demolished to begin building the Bally’s Park Place Casino. Later, in 1989, Bally’s finished a hotel tower in modern style, with 750 rooms. Since 2000, Bally’s Park Place changed its name into Bally’s Atlantic City, while in 2003, the Claridge Hotel and Casino was incorporated into Bally’s and renamed the Claridge Tower. In 2012 signed a contract with a production company, Legend in Concert, for new features, and changed the name into Legends in Concert Theater (former Palace Theater, which is also a signature attraction, along with the Sammy Hagar’s Beach Bar).

The Wild Wild West Casino and The Ridge Casino (who returned to a stand-alone hotel without casino gambling, after was acquired by TJM Properties of Clearwater, in February 2014) have a total gaming space of 225,756 sq ft (20,973.4 m2), and offer a variety of slot machines (with over 500 slot machines), including also Keno games, table games (including games like Four Card Poker, Spanish 21, Three Card Poker, Six Card Bonus, Caribbean Stud Poker, Pai Gow Tiles, Asian Poker, Craps, Big Six-Wheel of Fortune, High Card Flush, Casino War, Criss Cross Poker) , video poker, poker tables, Roulette, Blackjack, and many other features. Due the laws from New Jersey, persons under 21 years of age are not permitted to gamble.

At Bally’s Atlantic City players can play at one of the most important poker tournament, the World Series of Poker (WSOP). This Poker Room at Bally’s offers a variety of poker games, including Texas Hold’em, Omaha and many others, plus a large space with 42 tables. The Poker Tournament schedule is:

In 2014 Bally’s Atlantic City was one of the biggest losers in Atlantic City, and the sliding continues even in the 2015, when they lost another 6.4 percent over the previous year:

The hotel at Bally’s Atlantic City offers more than 1750 rooms, and a variety of amenities, such as Spa at Bally’s, swimming pool, basketball and racquetball courts, a gym, and a large outdoor deck. Bally’s Atlantic City is a 4 stars hotel, and is located on Boardwalk District, in Atlantic City (Midtown), being one of the top hotels, and casino, from this area. You can search for available rooms and compare rates from multiple booking providers with one click accessing below button: