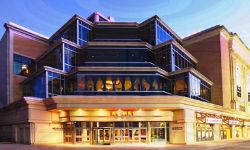 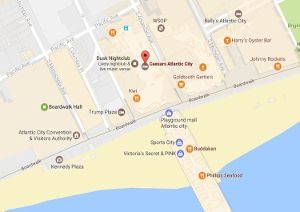 The History of Caesars Atlantic City

In 1977, the 11-year-old Howard Johnson’s Regency Motor Hotel was purchased by Caesars. They announced that will renovate the 11-floors, adding seven more floors to the building, including new rooms. They expanded the 425-room structure to a new structure with 548 rooms, including also a 300 million dollars casino, with a total space of 52,000 square foot. Even if the new building was relatively new, the Casino Control Commission allowed Caesars to use the Howard Johnson building. After the opening of the Resorts International in 1978, the Caesars was the second opened casino (opened in June 26, 1979). In 1985, Caesars got a new expansion of the property, which included the addition of the Circus Maximus Showroom, with 1100 seats, plus the replacement of 400 seats for the Cabaret Theater. Name like Frank Sinatra, Lionel Richie, Tina Turner, or Celine Dion, have appeared on both venues. The resort name was changed to Caesars Atlantic City in 1987, and in 1997 they added a new section (The 25-floor Centurion Tower) with 610 rooms and a height of 299 ft (91 m). In the past decade, Caesars Atlantic City has experienced many expansions and a lot of renovations, including a new hotel tower, a new shopping center, parking garage, and Playground Pier (located on a four-story pier adjacent to Caesars in Atlantic City, being a luxury shopping mall – total retail floor area, 303,788 square feet, 28,222.8 m2. Caesars Atlantic City has also a variety of amenities (Qua Baths & Spa, The Bellezza Salon), several restaurants (Nero’s Italian Steakhouse, Palace Court Buffet, Café Roma, Gordon Ramsay Pub & Grill), and a lot of stores for shopping (Louis Vuitton, Apple Store, Armani Exchange, and many others).

The hotel at Caesars Atlantic City offers 1158 luxurious room and a lot of facilities for its customers, including indoor pool, a luxury shopping mall, a variety of restaurants, and shopping area. Caesars Atlantic City is a 4 stars hotel, and is located on Boardwalk District, in Atlantic City (Midtown), being one of the most luxury hotels, casino, and spa resort. You can search for available rooms and compare rates from multiple booking providers with one click accessing below button: