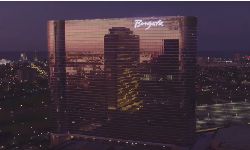 The Borgata is one of the newest land-based casino, hotel, and spa from Marina District, in Atlantic City, New jersey, United States, opened in July 2003. This hotel and casino has a Tuscan theme (known for its landscapes, traditions, history, artistic legacy and its influence on high culture), with a modernist architecture, and it is operated and owned by MGM Resorts International (a global entertainment and
hospitality company operating). The Borgata offers one of the largest
accommodations in Atlantic City, with more than 2000 rooms. 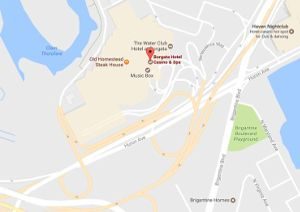 The History of The Borgata

The Borgata plan started in 1999, when Steve Wynn has a major project called The Tunnel Project, who wanted to connect a tunnel (a $330 million 2.5 mile-4.0 km tunnel) from the Atlantic City Expressway to the new resort (named the Atlantic City-Brigantine Connector). After the joint venture between MGM Mirage and Boyd Gaming, Borgata was opened on July 2, 2003 at 11:45 PM. At this major project have participated two biggest firms, Marnell Corrao Associates of Las Vegas, and Philadelphia’s Bower Lewis and Thrower Architects (BLT), who have created the third tallest building (the main tower) in Atlantic City.  As a part of its expansion in June 2006, Borgata installed one of the largest poker room in Atlantic City, while in June 2008, Borgata opened its second hotel, The Water Club. The Borgata offers five fine dining restaurants, including Old Homestead, Bobby Flay Steak and Wolfgang Puck American Grille, six casual dining options on the casino level, a lower level food court, 4 nightclubs, one spa (name Spa Toccare – 54,000-square-foot (5,000 m2), and a special event center (Borgata Event Center – the main music venue, with a capacity of 3200 people).

Gaming at The Borgata

The Borgata offers one of the largest poker rooms in Atlantic City, a variety of promotions (including $30,000 Weekly Ultimate High Hand, and many others), and plenty of tournaments:

The hotel at The Borgata offers 2000 luxurious rooms and suites that let customers escape Atlantic City’s nightlife and enter a space of quite and relaxation. The perfect getaway from all the games and parties surrounding Atlantic City. This 4 stars hotel is located central Atlantic City and offers a series of amenities like spas, indoor and outdoor pools, fitness centers and boutique shopping experiences. You can search for available rooms and compare rates from multiple booking providers with one click accessing below button: